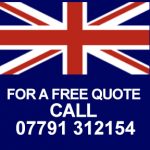 The hobs work independently of each other as does the top oven.

They can all be independently heat controlled meaning you can be frying on one hob, simmering on the other while roasting in the oven or just have on whatever you need when you want it.

Heat up times are vastly improved –

The hobs have several settings ranging from simmering to boiling temperatures. 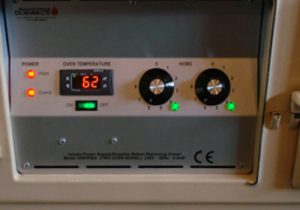 4. Timing your oven to come on

You can chose to operate the oven by timer, again to suit yourself, by switching the oven on 1 hour 35 min’s before you need to e.g.

You can switch the oven ON & OFF remotely using the WEMO switch and App on your mobile phone. Great if you are away from home and want the oven up to temperature for when you arrive back. Simply switch ON with the App when 2 hours away from home.

As you are only switching on and using energy to cook when you need it you are not paying unnecessarily for the oven to be hot when you are asleep, at work etc

…so how does it work…

…by converting the heat source to electric one is able to apply the energy where it is needed and do away with the large cast mass of the combustion chamber and flue ways.

One element powers the ovens (2 oven) and the hobs are independently controlled by their own thermostats and separate elements. Removing a large part of this unwanted mass of cast  radically improves the heat up times i.e. oven from cold takes 1hour 35 min’s to reach 200 deg c. The hobs are now totally independent of the ovens and the reduced mass means you can be frying within 10 minutes from switching either hob on to suit.

The oven temperature is now able to be controlled by a system used on commercial ovens and kilns which is much more robust. You are now able to cook with pinpoint temperature control and as a result with much improved efficiency.

The temperature you set for the top oven is the temperature you get within a few degrees. This is a big improvement on the old operating system where differences have been recorded of up to 20% of the set temperature due to the slow recovery times of the conduction method and the drag / tolerance of the thermostat.

The LED readout shows the temperature of the top oven and the mercury is no longer needed for temperature monitoring.

For 4 oven range cookers an extra element with its own control is added.

You can chose to use 1 or 2 timers, one for the ovens and a second for the hobs if required. These are available on the open market from a large selection to suit your preferences. If you are going away unplug the timer on the oven and insert the WEMO switch if required. This can be purchased as an extra online or we can supply with the cooker.

Each household will use their renovated Aga differently so it is hard to estimate costs of usage.

However, based on 2 working adults using a renovated 2 oven Aga over 12 months, using it efficiently (i.e. only running the Aga when required) the average daily running cost was found to be less than a £2 per day. The electric unit cost of 28p per kWh including vat was used in this calculation.*

The converted Aga was used as follows:

WINTER 3 months
With oven on 24 hours a day

SUMMER 3 months
switched on when needed for cooking

The hobs were used only when required, this gave a total annual usage of 2064KW used.

*the price of electricity does vary and the figures are based on average prices at the time of running the experiments.

HOW TO USE…… MY CONVERTED Aga

Tips on using converted Aga’s particularly helping you to adapt from previous ways of “doing things”.